The March 2020 edition of Old Prisons Magazine is ready to read! 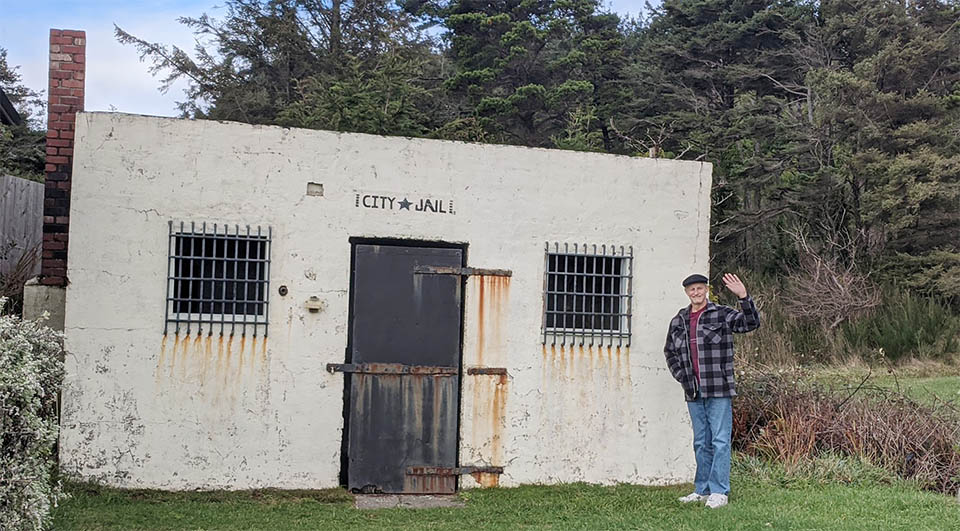 My husband Chuck in front of the most westerly old jail in the continental United States (story in progress).

When I was in the newspaper business, I knew someone who collected “first editions” of newspapers — as in Volume I, Number 1 — and told me this was because so many times this was the only edition of a newspaper!

Indeed, getting a new publication off the ground — whether in print or online — is a daunting task.

What you won’t find (yet) is the story of the most westerly old jail in the Continental United States, which I promised last month.

As it happens, this “most westerly jail” is right up the coast from where I live in Oregon. Since this little old jail is right in my back yard, you would think it would be easy to get this article done.

Unfortunately, just because you find an old jail — and even if you can get a photo of it — doesn’t mean it’s easy to get the information you need for an article.

So, I’m still working on that one — and a long list of others that weren’t quite ready for this publication date.

I hope to add more articles and directory listings during March — and to be back with even more on April 1 (no fooling!)