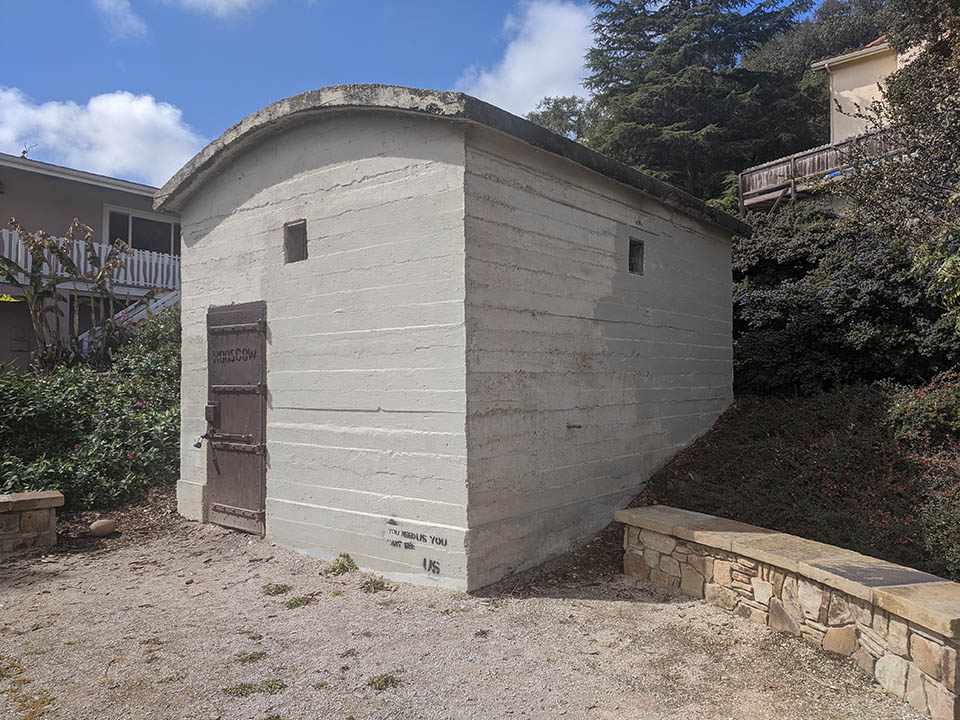 Located in Hoosegow Park, this old lockup was built around 1910 and used until late 1950. Old Prisons photo, March 2020, by Claudia Elliott

Built by San Luis Obispo County around 1910 for use by the constable, this tiny jail went on to serve the community of Arroyo Grande until late 1950 when a new City Hall and Police Station was built at 214 E. Branch Street, with a jail in the basement. An earlier wooden jail was located on the banks of Arroyo Grande Creek, a few blocks away. The hoosegow was much more secure. Hoosegow Park provides an enjoyable setting for the old lockup, with a botanical garden and benches.