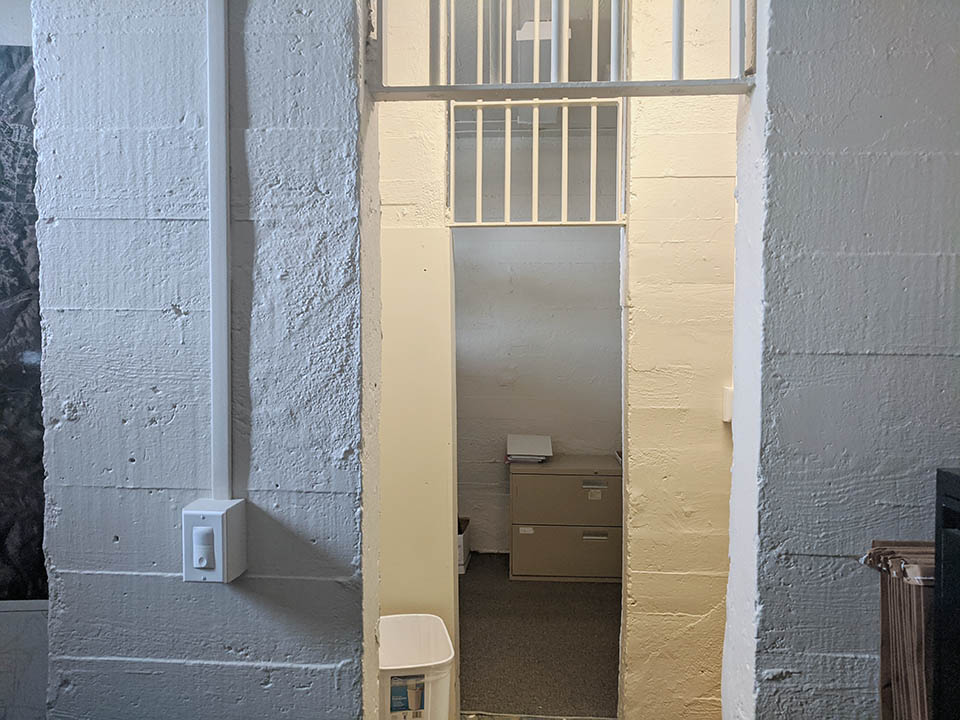 Bars from the original jail cells were preserved when the building was remodeled. This area is now used for storage. Photo by Claudia Elliott, Old Prisons

Historic preservation isn’t easy. Public buildings such as old jails often must be torn down to make way for new ones — or repurposed. But even if an entire building can’t be saved, it’s nice when some part of a structure’s heritage can be preserved — and that’s what happened in the little town of Tehachapi, California.

Tehachapi is a small city located at around 4,000 feet elevation in the mountains between the San Joaquin Valley and the Mojave Desert of California. The city is situated in a windswept pass with the east-west Tehachapi mountain range to the south and the southern tip of the Sierra Nevada to the north. The Tehachapis separate Southern California from the rest of the state.

Visitors, especially railroad fans, may be interested in the world-famous Tehachapi Loop, an engineering marvel from the mid-1800s still doing its job everyday. To the east of the city, modern marvels create electrical power from the wind. The Tehachapi Visitor Center can point to many other things to see and do in Tehachapi, but few know that remnants of the town’s second jail still survive in an old building downtown. 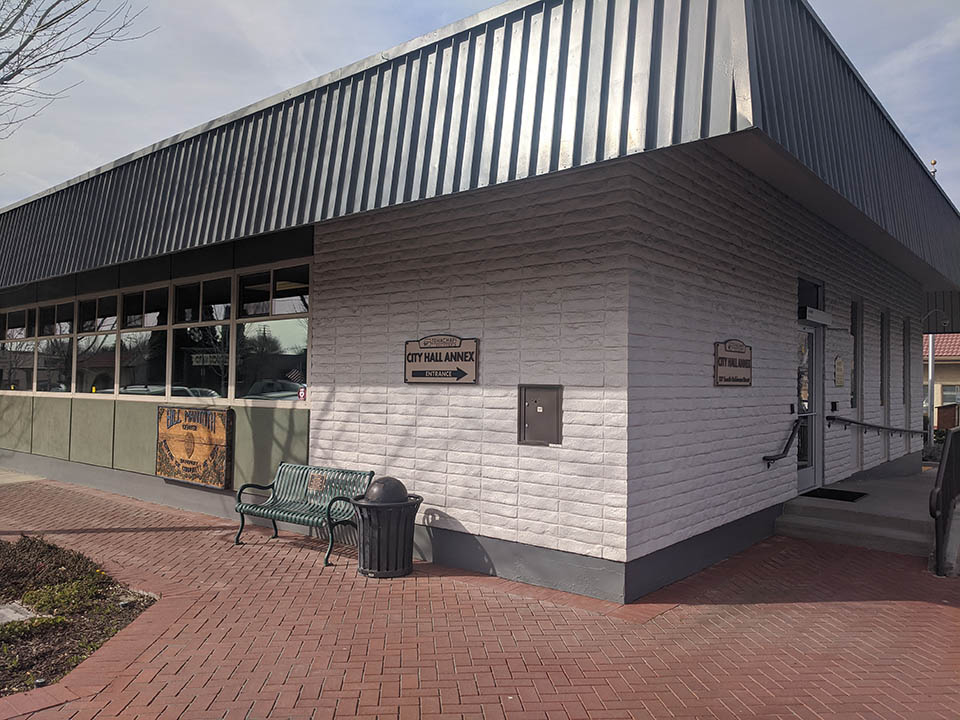 This building formerly served as City Hall and as headquarters for the Tehachapi Police Department. Although it has been remodeled a number of times, a portion of the jail cells from the 1932 building were preserved. Photo by Claudia Elliott, Old Prisons

Officially known today as the “City Hall Annex,” the building at the corner of F and Robinson streets in downtown Tehachapi once housed the town jail.

Built in 1932 of reinforced concrete — which allowed the building to survive the devastating 1952 Tehachapi earthquake — the old structure has been remodeled a number of times.

Over the years it has housed city offices and city council chambers, the city police department and a Kern County Sheriff’s substation. When a new City Hall was built, the building was turned over to the police department. In  2014, after the police station moved to a former garment factory that was remodeled for its use, the city converted the building to office use.

A thoughtful part of the building’s renovation resulted in keeping parts of the old jail cells in place (in an area now used for storage).

The City of Tehachapi’s downtown area was nearly destroyed in the 1952 earthquake, but the original City Hall and a few other reinforced concrete buildings from the same era (including the library, now a museum, and the Beekay Theater) survived.

In cooperation with Main Street Tehachapi, the city works to preserve the history of the downtown area. Although few people may see the old jail cell parts, they were retained in tribute to the original use of that part of the building.

When the building was constructed in 1932, the new jail replaced the town’s original wooden jail. According to the book, “The Long Road to Tehachapi” by Judy Barras, the original jail was located north of the railroad tracks on East J Street between Robinson and Davis streets. As early as in 1912, Barras wrote, there were complaints about the condition of that jail.

“From time-to-time, repairs were made, occasionally with county assistance,” she wrote. “In 1916 two electric lights were installed. But in 1924 the jail was deemed a health hazard — there was no water, toilet nor ventilation, and no fire protection. Finally, in 1934 the old jail was dismantled.”

The city of Tehachapi was incorporated in 1909, although the community was established much earlier — first as “Greenwich” in the area now known as “Old Town.” As with many old towns, the eventual arrival of the railroad resulted in moving the town to its current location (although the older area is now populated, as well).

Prior to incorporation, and for some years after, there was no official “police department.” The Kern County Sheriff’s Office, established in 1866 had jurisdiction in the area and Town Marshalls and Night Watchmen were employed to help keep the peace. These officials, along with the county’s Constable, may have used the old wooden jail as needed and they sometimes shared the jail built as part of City Hall in 1932.

Budget issues constrained both the city and county. In 1941, for instance, Tehachapi’s Police Chief installed a red light and siren on his own car; the city didn’t purchase a police car until 1950.

For a time in the 1940s, Barras wrote, Tehachapi’s Chief of Police also acted as a Deputy Sheriff. But by 1952 the area was again without a deputy sheriff, having to rely on one to come up from Mojave. By 1962, a deputy was assigned to Tehachapi.

Over the years, the Tehachapi City Hall building served as home to both the city police and county sheriff’s office. And for a time, the city contracted with Kern County to provide law enforcement. The city of Tehachapi reestablished its police department in 2006. 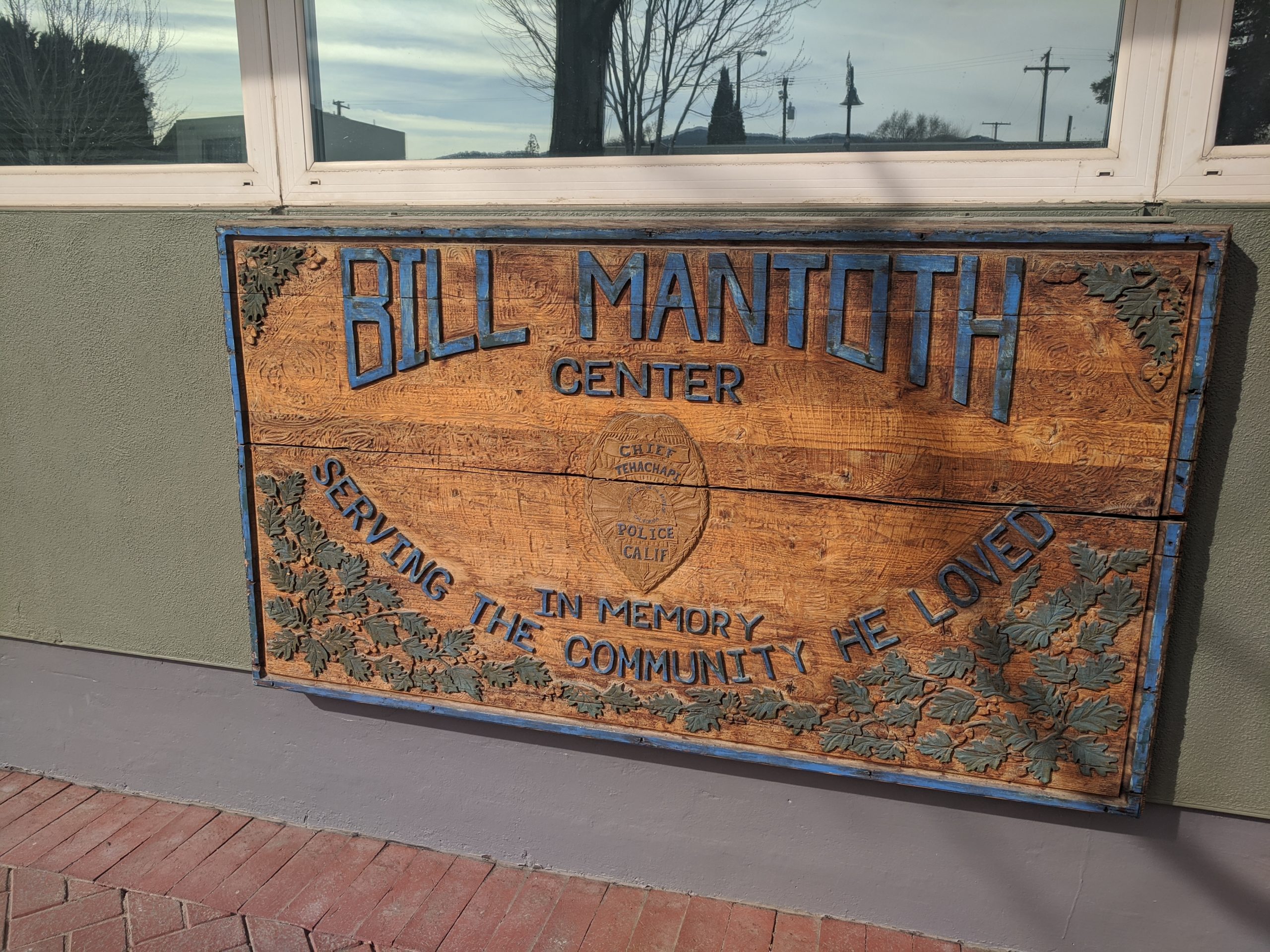 A sign on the front of the City Hall Annex Building in Tehachapi, California, identifies it as the “Bill Mantoth Center,” honoring Police Chief William Mantoth, who was killed in the line of duty in 1968. Photo by Claudia Elliott, Old Prisons

In the earlier era of the police department, according to Barras, there was a great deal of turnover and other problems. However, she wrote, “a sense of continuity was established” in 1958 when William Mantoth became the Chief of Police. 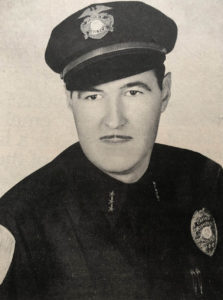 Mantoth had been employed at nearby Monolith-Portland Cement Company (now Lehigh Cement), and had joined the police force in 1954. The city had been growing — the population went from 1,685 in 1950 to 3,161 in 1960 — and the police force grew, too, adding officers and instituting professional training.

Tragically, Mantoth died on August 11, 1968, from injuries sustained four days earlier when he was shot at a home a short distance from City Hall while attempting to arrest a kidnapping-rape suspect. He was 39 years old.

A sign on the front of the former City Hall and jail building (now City Hall Annex), identifies the building as the “Bill Mantoth Center.” With an inscription “In memory, serving the community he loved,” the sign was placed on the building when it served as headquarters for the Tehachapi Police Department.

Do you have a photo of the old Tehachapi City Hall before remodeling? If so, we’d love to add it to this story. Send information to: claudia.elliott@oldprisons.com