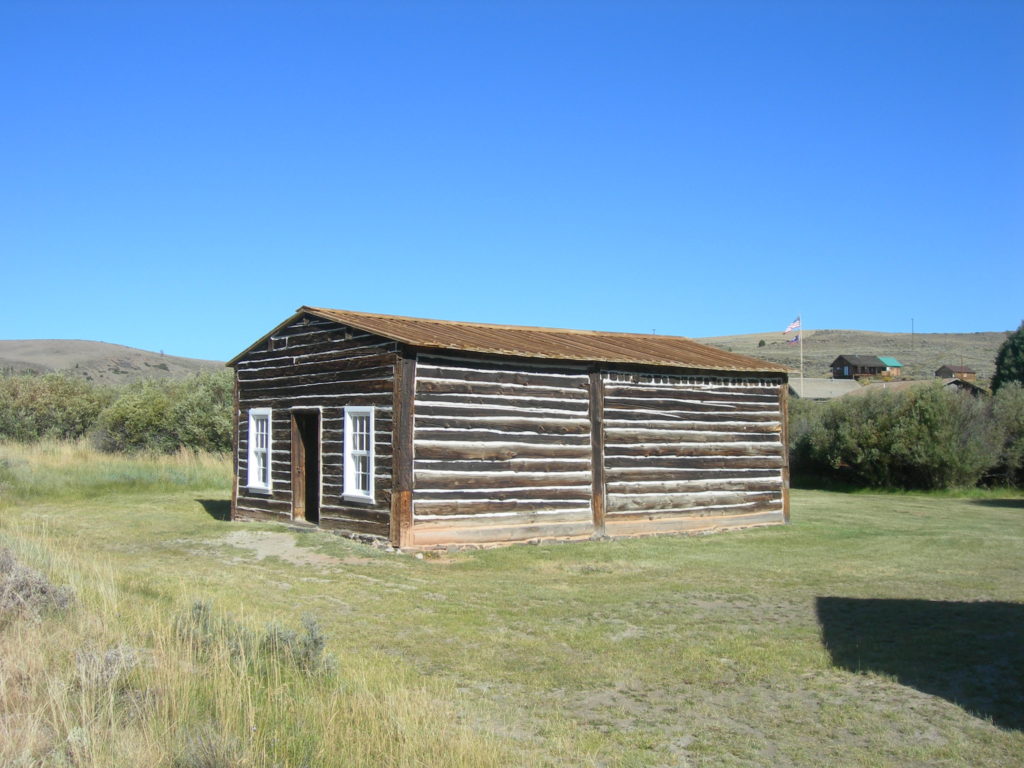 A 2011 photo of the former Sweetwater County Jail at South Pass City, Wyoming. The old town is now a historic site open from May 15 to October 1, and is considered one of the best-preserved historic communities of its type. Photo by Jimmy Emerson, DVM, via Flickr, used with permission.

Built in 1870 and used until 1873, today the old structure is considered one of the best examples of an early frontier mining camp jail in the United States. The historic Carissa gold mine is nearby. Open to the public from May 15 to Oct. 1. Note: South Pass City is now part of Fremont County, but was the county seat of Sweetwater County at the time the jail was built (and formerly Carter County).