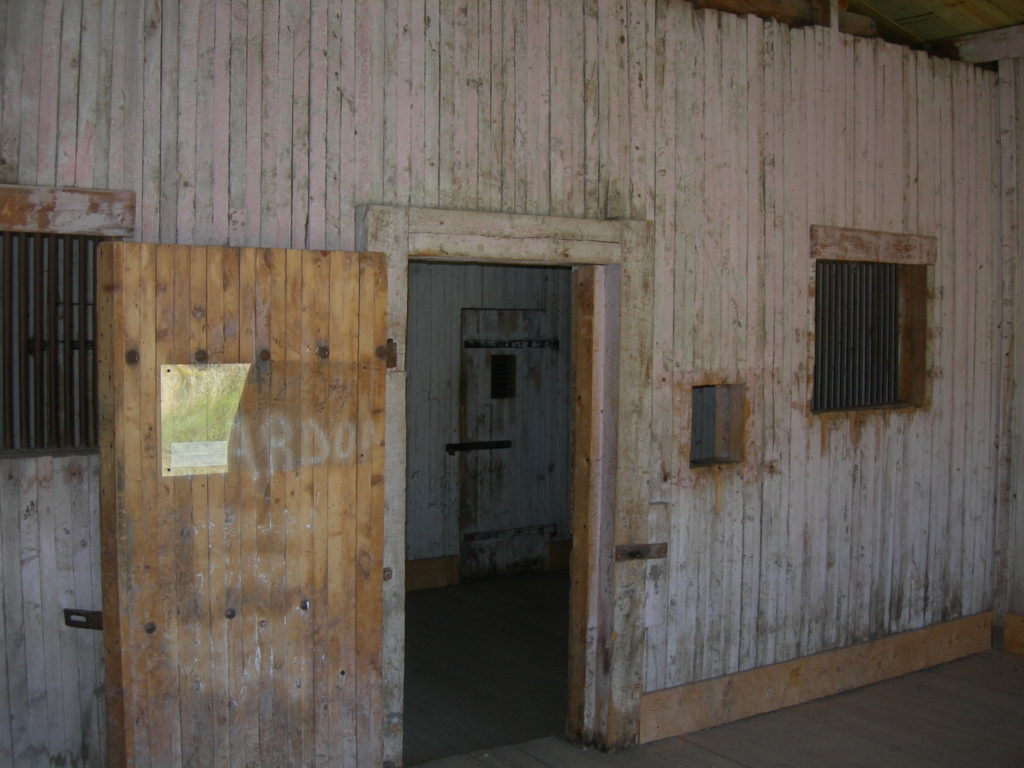 As shown in this 2011 photo, the walls of the 1870 jail in South Pass City, Wyoming, were painted pink when the structure was used as a schoolhouse in the 1880s. Photo by Jimmy Emerson, DVM, via Flickr, used with permission.

EDITOR’S NOTE: In Part I the author shared the early history of South Pass City, Wyoming, beginning with the discovery of gold in 1867. By 1870, after using four different temporary quarters, the first official jail was built. This is the story of that jail.

In 1867 the Wyoming Legislative Assembly addressed the issue of jails. An act dated Dec. 30, 1867, specifically authorized the construction of a jail in South Pass City. It was not until 1870 that the county commissioners decided it was high time to build a permanent jail.

As many noted there was plenty of crime and the temporary facilities just weren’t good enough.

In February of 1870, the Sweetwater County Board of Commissioners placed a call for bids for the jail in the local newspaper. As with most government bidding, current and past, the lowest bid was accepted. With a bid of $2,000, O. J. Smith and Jacob Swingle had secured the job of furnishing material and building the jail. There were some cost overrides but compared to today’s overrides they were minimal.

It is interesting that the bid was accepted before a site for the jail was secured. After settling on the bid the commission next looked for a place to build the structure. The board charged Nathaniel Daniels and John Swingle (brother of the builder Jacob) with finding an acceptable lot for the jail. They also asked Swingle to procure wood and a stove for the facility.

In April 1870 the building was completed and the keys to the new structure were turned over to the commissioners. After examining the jail they accepted it and ordered two iron rings which were to be mounted to the floor to aid in securing prisoners.

The new jail was located on Grant Street, west of the corner of Price and Grant. It was a block or so from the main part of town which was located on South Pass Avenue.

Inside the jail were four cells that were about four feet wide and eight feet long. Each cell had a door that opened into a bullpen. In each door was a barred window that permitted a check on prisoners and the entry of light, heat and air. A door led from the bullpen to the front room which was used as the sheriff’s/jailer’s office.

The interior cell partitions were constructed of milled two-by-fours. The interior doors were made of the same. The floor was probably made with two-by-eight native rough sawn planks.

After the commissioners had accepted the jail they immediately requested improvements. The building was to be raised and have a stone foundation placed under it. They requested that this foundation be “two feet thick and two feet below ground level with the sill logs being laid on the foundation in lime mortar.” Apparently this was never done as later that year they received a bill for $125 for “putting stone wall” under the jail rather than a foundation.

The jail was up and running and received its first prisoners in 1870. Although there is some confusion regarding dates, it appears that one of the early occupants was a Chinese man. He was accused of assaulting a young lady and intending to rape her. The cells were dark, damp and depressing. Apparently he became depressed and decided to end it all. Seizing a knife which had been left in his cell after a meal he cut a hole in his stomach and disemboweled himself. He is said to have died in the greatest agony.

There were a number of people in and out of the jail while it served the county. Unfortunately, there is no systematic documentation regarding all who were confined. There were undoubtedly many cases that would today be very interesting.

The area had many lawbreakers and numbers of them spent time in the jail. Those convicted of crimes with long sentences were not kept in the county jail but were sent to the Detroit House of Correction. 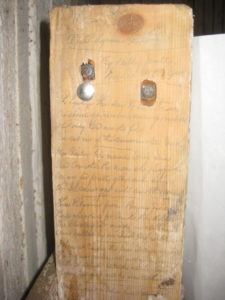 The edge of cell door 3, where Billy Metts wrote his “Pilgrim’s Lament.” Photo by Jon Lane, courtesy of State of Wyoming and Friends of South Pass City.

Those confined for no longer than a year were housed locally and such was the plight of Billy Metts and his two associates. Billy is known to us today not only for the fact he was in jail but that he was somewhat of a poet. He wrote one of his poems “The Pilgrims Lament” on the edge of cell door number 3. Here is prose that he wrote over 150 years ago:

Oh hasten the day of our trial

Or some generous man go our bail

If only I had an old file

I’d cut out of this damned old gaol

Our jailor his name it is Jim

And Arnold’s the man who jugged us

We are for pretty goddammed shure

Oh, I’ll never get into another crew

Three pilgrims from Bryan we came

Bull wacking for Arnold the robber

The whiskey it made us all lame

And (illegible) by an Irish pig jabber

There at Sandy the fuss it commenced

The Professor got drunk and quite funny

With John Arnold he talked and he fenced

Swore he’d quit and he wanted his money

We be wetted all day and all night

Camped hungry tired and without fire

Told John to pay Cam he said that was alright

Next morning John hunted the cattle

And we fixed up chuck in a hurry

But listen! We tapped a Rot Barrel

And McGuire was all fight, fuck & fury

Johnny came up with the Cattle

For Cam is discharged, and he wants his pay

Now John got his gun & he (illegible)

And Cambells revolver Kept up the pace

We got our time checks & skedaddled

To this region of Gold, shit & Summer

And John his Cayuse he had saddled

A warrant was served up by a bummer

We up before Brennan, the robber

(This all our chances did splinter)

Who said, I smell a mice thro this brother

And John wants a job for the winter

Trial by jury he said we must take

Tho six months in this Gaol we have been

For his partner he wanted a stake

And an uglier man was ne’er seen

Is our chuck from one year to another

We are wishing our time it was shorter

And that holy James he was smothered

He’s a flannel mouth Mick you can bet on

And his partner you’d swear was his brother.

Unfortunately, nothing is known of the poems of author Billy Metts. He seems to have passed through the history of South Pass and into obscurity. His poem and the jail door on which he wrote were preserved and placed in the archives collection.

As the yellow metal became more elusive and the mines played out, the boomers left the town and the district. By 1873 the population had dwindled considerably. With the drop in population, it became apparent that the county seat would be moved to Green River City. But even with a diminished population, there was still crime.

Sheriff John McGlinchey arrested Andrew Cotters for trying to kill Jesse Ewing. The records indicate that Cotters went to the jail where Ewing was being held, called to him, aimed his pistol through a broken window pane and shot three times. Ewing survived and Cotters’ bail was set at $2,000.

One of the last prisoners held in jail was J. W. Towsley. Towsley had a gang of Chinese who operated in the area. He and his gang were charged with killing some cattle. Towsley was the only one sentenced to jail.

As expected, late in 1873 the county seat was moved from South Pass City to Green River City. This occurred as a result of House Bill Number 24, 3rd Legislative Committee. The court adjourned on Dec. 22, 1873, and from that point on the jail in Green River City was used as the county jail.

The first permanent jail built in South Pass City was used by the county for three and one-half years. After that, it was probably used for a couple of years as a holding facility for the Sweetwater County Sheriff from Green River City or by the local South Pass constable.

It has survived for 150 years and represents a very fine example of an early frontier mining camp jail. Unlike many buildings in this and other ghost towns, it was well constructed.

Life as a school

After its abandonment as a jail, it later served as a school for a short time. The alphabet was written on the inside wall above the front door and it is still visible. Later the building was used for storage. During these uses it was well maintained which in part accounts for its survival.

As late as December 1874, James Smith was known to be the jailer at South Pass City. (Smith was actually the City Constable.)

In 1875 the board of county commissioners (from Green River) visited the jail and announced it to be in good condition. But by this time the city population had decreased to around 100 people and there was no longer any hope that South Pass City or its neighbor to the north, Atlantic City, would be more than dying ghost camps.

And with the death of this mining camp came the abandonment of the jail. 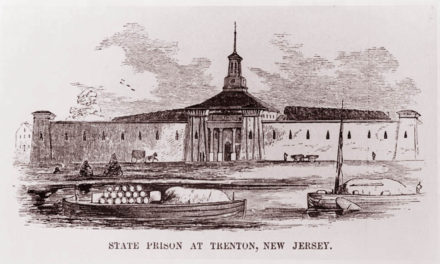 Old prisons and jails may have government protections 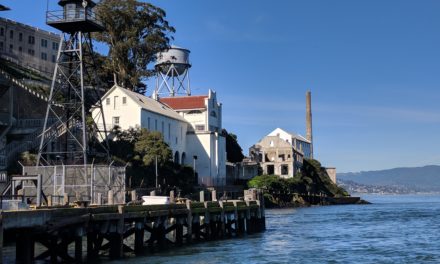 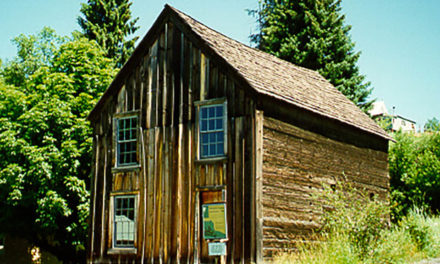 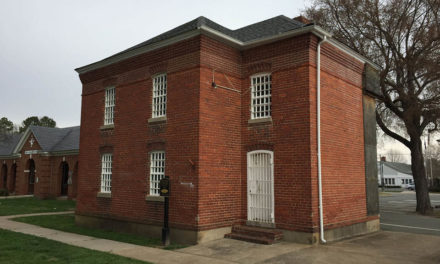