Prison tourism is a growing heritage travel niche around the world 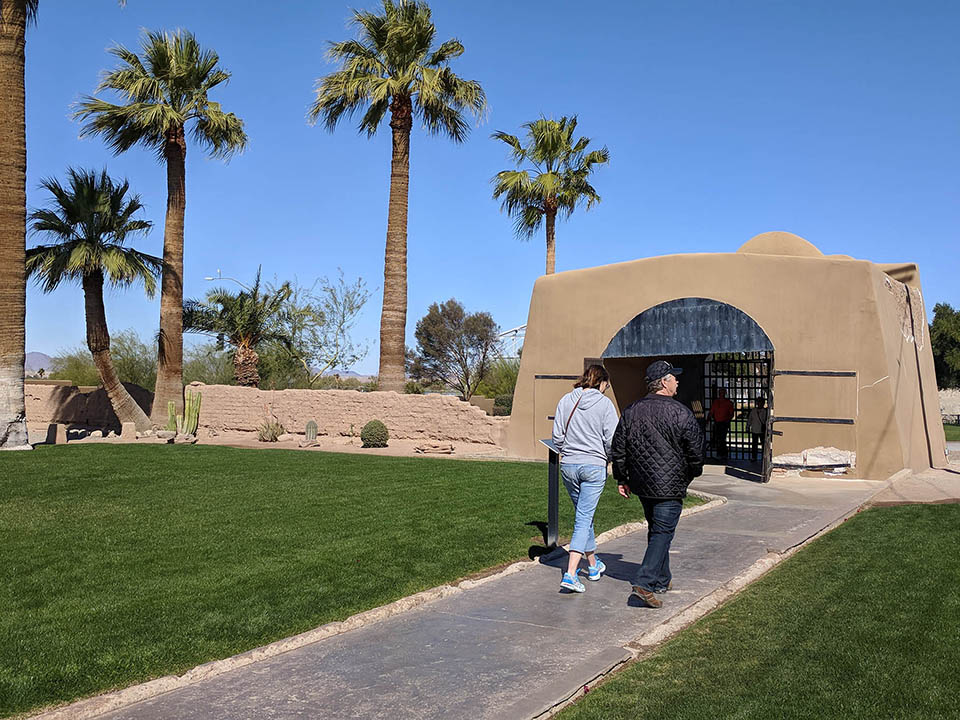 The Yuma Territorial Prison, which operated from 1876 to 1909, has attracted as many as 100,000 visitors per year. It has been open to tourists as a state historic park since 1961. Photo by Claudia Elliott

“A mixture of the macabre and the mundane…” that’s how a 2007 article in the New York Times described life behind the walls of Eastern State Penitentiary. Located in Philadelphia, America’s most historic prison was once home to Al Capone and many other notorious criminals. The prison closed in 1972, tours began in 1980, and it’s been a museum since 1994. Eastern State is just one of many old prisons and jails you can visit.

Fortune magazine reported in 2016 that 29 states in the U.S. have an average of at least two prison museums. Some old prisons and jails have new lives as restaurants or hotels. And there are many other creative uses for these old structures.

The Yuma Territorial Prison, which operated from 1876 to 1909, has attracted as many as 100,000 visitors per year. It has been open to tourists as a state historic park since 1961.

Perhaps the most famous “tourist attraction” prison is Alcatraz, the former federal facility located on an island in San Francisco Bay. And the public’s fascination with crime and punishment has resulted in the development of “Alcatraz East,” a museum in Pigeon Forge, Tennessee – home of Dollywood.

Attendance at other old facilities may not be as impressive as that of Alcatraz — but it’s growing.

A study prepared in 2016 to guide the development of a museum at New York’s infamous Sing Sing Prison, reported on attendance at similar museums. (The museum at Sing Sing plans to open in late 2020. According to the study, the Angola Museum at Louisiana State Penitentiary offers free admission and reports 120,000 visitors annually. In Folsom, California, the museum now known as the National Big House Prison Museum, charges $2 for adult admission and has about 10,000 annual visitors, according to the Sing Sing report. And Eastern State, in Philadelphia, with a $14 admission charge for adults, logged 190,000 visitors (more recent reports peg attendance at Eastern over 300,000 annually).

In Texas, the prison museum at Huntsville opened in 1989 on the courthouse square, later moving to a location just off Interstate 45. By 2015, attendance had reached 32,000 per year, with gift shop sales of about a quarter-million dollars.

A retired prison warden who volunteered at the Texas prison museum told Fortune that they get visitors from all over the world. Some want to know what’s on the other side of the walls and fences, and sometimes parents and grandparents think it’s a good idea to show kids what might await them if they don’t stick to the straight and narrow.

Old prisons and jails are places, and although some of them are visually distinctive, people may be attracted to visit them more out of curiosity than anything. Other than visiting an old jail or prison open for tours, most people never see inside the walls. And they’re curious about the people connected to the aged facilities — those who were incarcerated, former employees, and the people who lived at the time these old places were built and why they were built.

There is criticism relating to tourism connected to old prisons and jails and some people call it “dark tourism,” meaning that it is related to places identified with death and suffering. Prison tourism — along with battlefield, cemetery, disaster, holocaust, and ghost tourism — is sometimes referred to as “grief tourism.”

Daniel B. Bitran, a professor of psychology at College of the Holy Cross in Worcester, Massachusetts, wrote on the subject of “dark tourism” in an article published in 2017 in Salon (and elsewhere).

“While data about the number of people embarking on dark tourism are not readily available,” Bitran wrote, “there are indications that it is becoming more popular.”

Old prisons and mails — and related museums — are all over the world.

In fact, one in India will even allow visitors to spend the night in an ancient jail to experience the prisoner’s life.

From tiny calabooses in Texas to Victorian prisons in Britain and infamous islands around the world, places of incarceration are attracting increasing numbers of visitors.

(Which is, of course, precisely why Old Prisons Magazine was founded!)